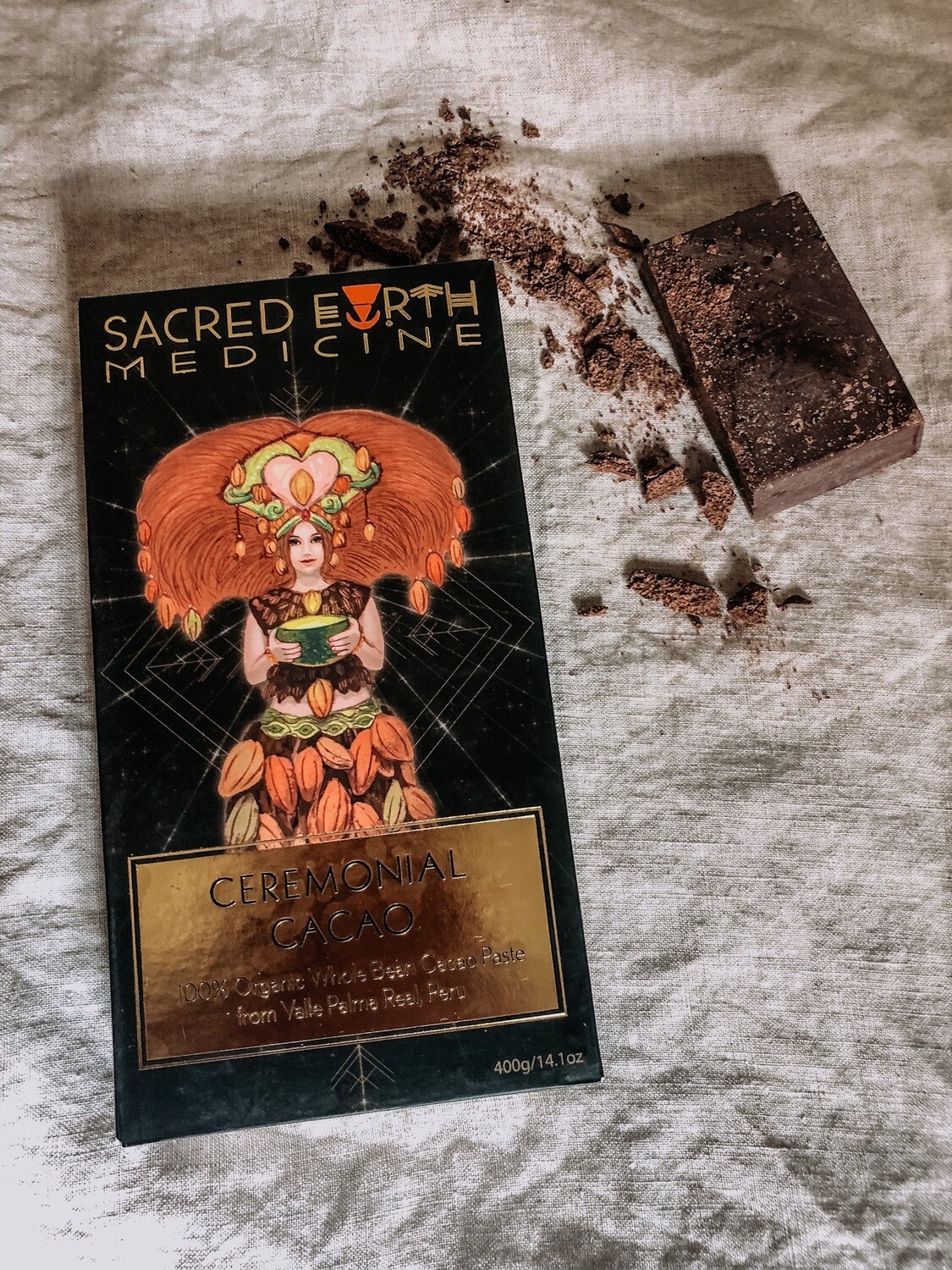 Sacred Ceremonial Cacao, A plant medicine to connect and open our heart spaces ready for receiving the guidance we need.

An ancient teacher and facilitator that assists you with the journey into your heart. Cacao was known to the Ancient Mayans as a powerful heart opener and potent heale. The Aztecs often spoke of Cacao as ‘yollotl, eztli’, meaning “heart, blood”. Western science reinforced this by giving it the scientific name Theobroma Cacao, which means “The food of the Gods” Ceremonial cacao was traditionally used by the Ancient Mayan Shamans in ceremony to travel between the worlds, to travel beyond the veil. To do this, the shamans infused their cacao with spirit, giving the ceremonial cacao a spiritual dimension not found in other cacao sources. Ceremonial cacao is therefore an ancient plant medicine, a wisdom keeper, a teacher and facilitator. Ceremonial cacao leads you to the door to the heart, to the spiritual dimension, but it does not push you through like other plant medicines – such as those found in the Amazon Basin. Ceremonial cacao invites you on a journey, to travel with the chocolate spirit through the veil, but only if you choose.

An Indigenous Mayan myth tells us whenever the balance between humans and nature becomes threatened, cacao comes from the rainforest to open people’s hearts and return the planet to a state of harmony. Ceremonial cacao is then the Food for the Shift.

Save this product for later
Display prices in: USD